Despite believing that life would get back to normal following the Apricots, we have hit a hitch and have had to come back to the the UK, but we are slowly coming to terms with the fact that normality in ‘Gail and Keith’ world is actually a bit random which shouldn’t really surprise anyone who knows us!

But back to where we were as it has been a couple of weeks….after a day on the bikes on the Sunday, we set off on Monday to walk through the San Joseph vinyards which are spread across the hills above the West Bank of the Rhone – beautiful.

Tuesday was our last day in Tain L’hermitage and we ended up spending it cleaning and cooking ….. A bit of a chocolate fest with double chocolate chip muffins for the evening and some of the extra special brownies which were a present for Florian and Josette.

The evening was a joint celebration as it was Florian’s 21st birthday the day before in addition to the end of season meal and therefore we got a bit of an insight into how young farmers celebrate their birthday in France …. The first present from his friends was a box with two holes in the top which toppled off of Florian’s lap onto the floor. Once picked up and finally opened inside was a baby lop eared rabbit …very cute. The dogs went mad but things started to calm down after about 15 minutes until the friends went back outside and came back in with a 6 month (fully grown) lamb. The poor things was petrified and not surprisingly didn’t want to stay for the meal and tried to make off in every direction to get away from the dogs howling. All settled down however when Florian and his friends managed to get it down into a field below the house enabling us to tuck into an enormous paella which was washed down with copious amounts of wine. 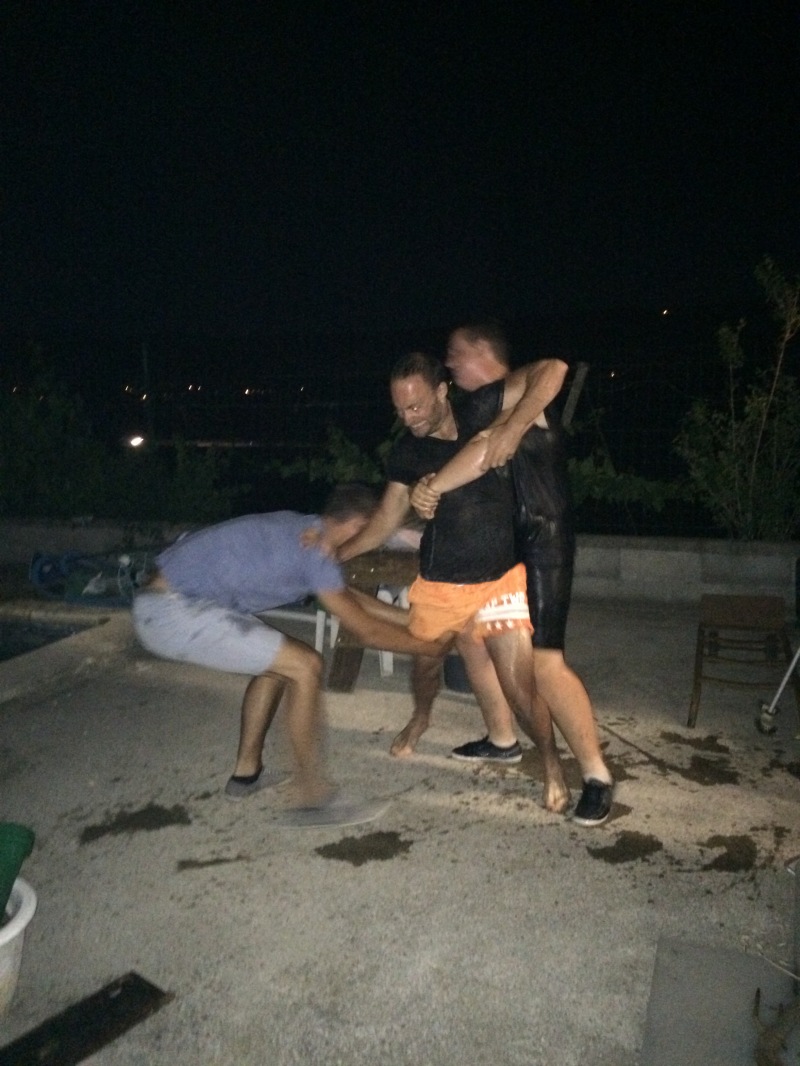 Rather lazily we got up at 8am-ish, went for a run and packed up the Motorhome to start the route north. We did just over 250km, arriving at Beaune which we thought we hadn’t been to before, but on arrival (and seeing the amazing rooftops), remembered we stopped here for a quick walk after visiting Dijon a couple of years ago. Not a problem though as there is so much walking and cycling to do from here which we didn’t touch on last time, so, we headed for the campsite (Camping Municipal les Cent Vignes GPS n47,03276 e4,83906, 20 euros a night) which was pretty full and very warm. The whole area was heaving with holiday makers but luckily we got one of the last spaces which was home for the next three nights.

On Thursday we set off on the bikes, weaving our way through the vineyards and the surrounding villages which were beautiful. 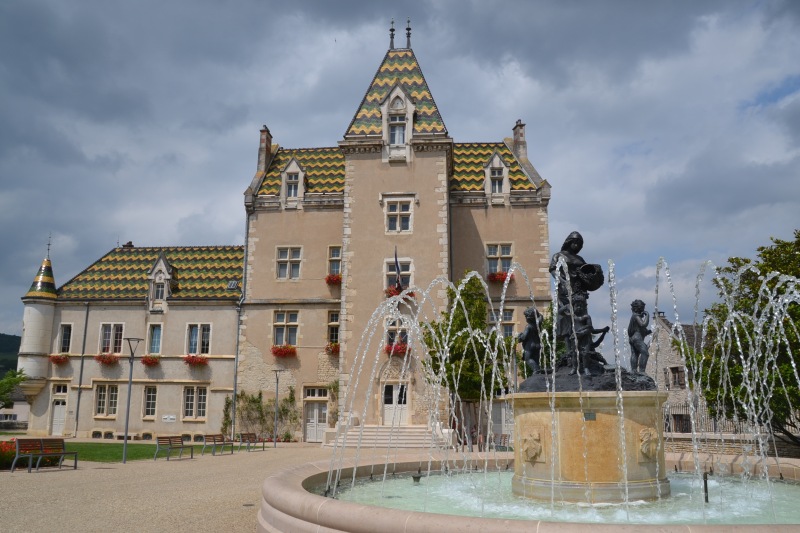 However on Friday the weather broke and from about 10am in the morning the skies opened and we had a huge storm …. It did cool the air a little though.

Unfortunately it was on Friday that we received news that made us quick foot it back to the UK. As many of you know, my father has been fighting that nasty disease that appears to be appearing in many of our lives, successfully getting through lung cancer two years ago and last year fighting off what had transferred itself into brain tumours. Unfortunately, it is back and the tumours are growing again so we are now back in the UK.

It was a quick journey as we covered most of the ground last Saturday, stopping at an Aire in Hondschoote (Free GPS n50,97591 e 2,5876) before a ferry back on Sunday morning.

We are now staying on a farm half way between Windsor and Maidenhead in a very tranquil field with cows as our only neighbours …. Keith is a little apprehensive each time he has to go and empty the toilet and grey water as he has to go into their field and they appear to want to be closer friends than he wants …. Perhaps over time this relationship may blossom, I however am fairly happy that he empties the grey water and the toilet 🙂

I am not sure whether it is the slight twist of the wrist as we pick the apricot, or the slight twist as I have been parting the lush Apricots in two to de-stone them before quickly disposing of them in my mouth …. but one has definately caused a bit of a strain – probably a good thing therefore, not only for my wrist, but possibly for our teeth, that it has all come to an end.

After eight weeks of mostly 5am starts, ladder climbing, scrapes and bruises on every part of exposed skin (those Apricots are heavy buggers when they fall on you) and aches and pains from bending down, our life may just start to get back to normal this week…. Normal in our world anyway, as I appreciate for most of you we are a little odd anyway 🙂

We have done our best to eat our weight in Apricots and Cherries, have experimented in cake baking for the team – since our last blog teh portfolio has expanded to incorporate enhanced Raspberry and Chocolate Muffins, Apricot Muffins, Fruit Cake (in muffin tins – can you tell that it is a newly acquired piece of kit 🙂 ) and Brownies made with Apricots – and have had our eyes opened to the work involved in maintaining a fruit farm and vineyard as well as the horrifiying price pressure that farmers have nowadays.  A large quantity of the Apricots we picked were sold to the industry at just 15 centimes a kilo – just about about breaking even on their costs, without taking into consideration anything for their time and labour, we just have to hope for their sake that the vine will provide a bumper crop and a good price this year.

It has been good and despite the physical hard work and the early mornings it has definately been worth coming here and we have made some new friends along the way.

The last couple of weeks have been mainly working, with hours increasing to the afternoon as well in the last week and a half, leaving little time for much else other than eating, oh errr…. watching the football and a little sleeping.  However, as many of you will know – for the wrong reasons unfortunately – last Thursday (14th) was Bastille Day, a national holiday in France.  After a morning run (and some long awaited Crepes with some of the delicious Apricot Jam Teresa made last week ) we set off on the bikes along the Rhone to the North, arriving at Sarras after roughly 20km just as the skies opened.  Thankfully as we had battled against the wind on the way there we managed to get ahead of the clouds on the way back with a whole 15 minutes to spare before the rain caught up…. Just about enough time to load up on a Apricot Brownie and a cup of tea 🙂

In the evening, like most of the French population, we went to the local fireworks display which was on the bridge just under a kilometre from here and it was pretty good – it even had a display where the fireworks formed the shape of hearts.  It is just incredibly sad to think about all the people who were killed in Nice following their celebrations as it could have been in any town in France that night – there are some very unfortunate people in this world who believe that inflicting harm on others will make life better for themselves or their families, why – we will never know.  All we can do is hope that sometime soon things will change.

On a brighter note as today is officially our first day of ‘holidays’, after a morning run,  we headed off into the Ardeche hills on the bikes following the Doux river which was beautiful. 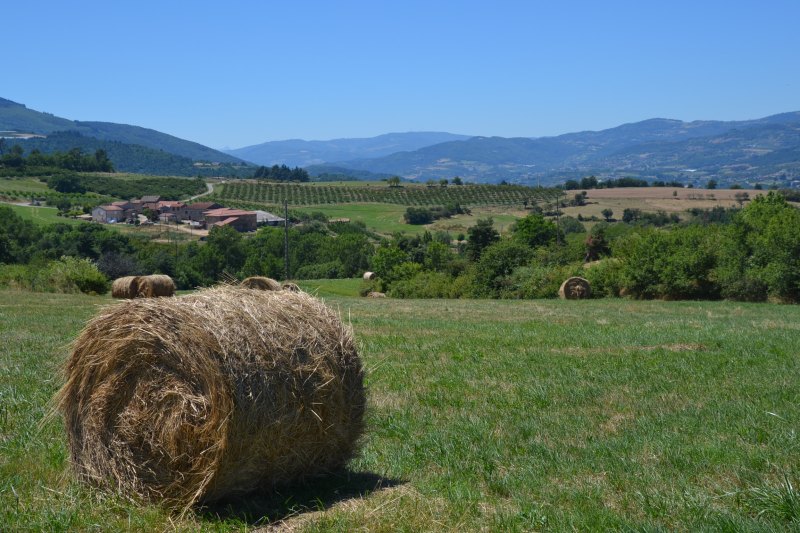 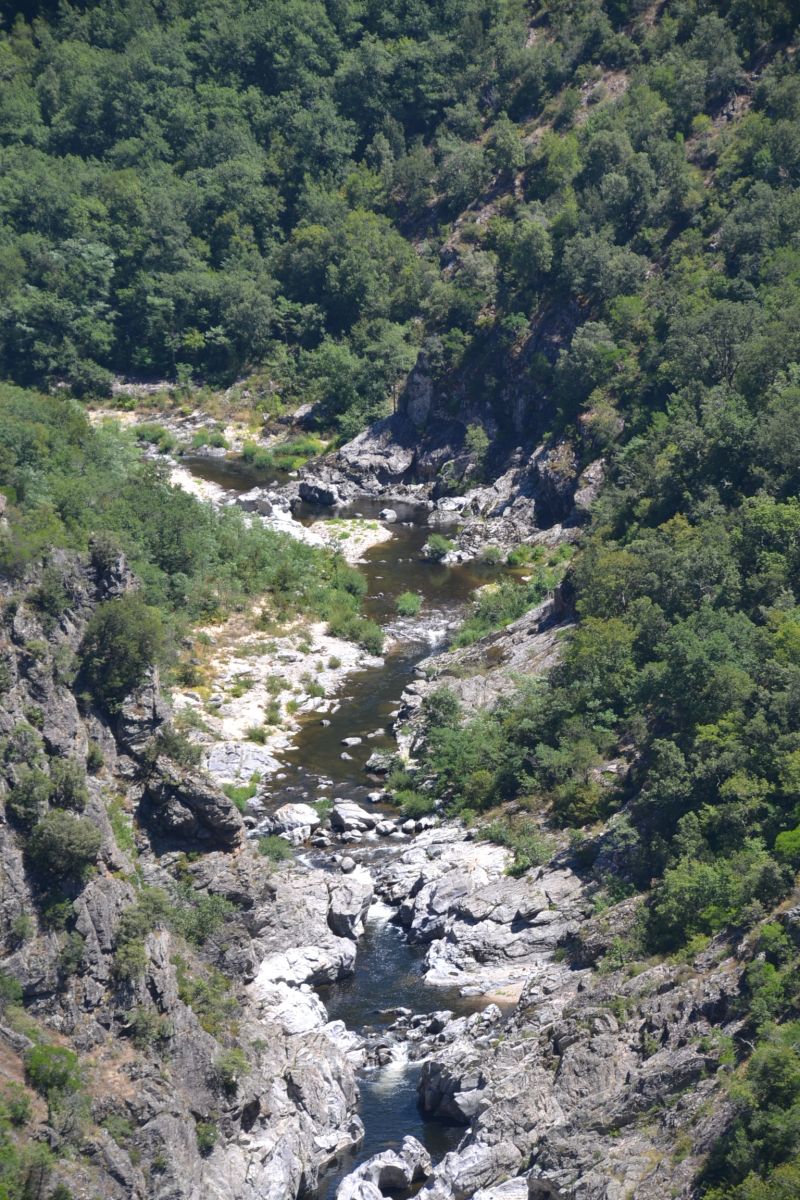 As we have a little time to ourselves now, we plan to stay in Tain de L’hermitage for another couple of days to explore the area a bit more before heading north … Hopefully resuming the blog to normal frequency from now 🙂